There are many misunderstandings about karma. People make it into what they like. They often portray it as a Law, something irrefutable, something given by a great mystical world-saving Buddha.

But concept of karma from the ancient Indian tradition for thousands of years before Buddha Gautama is not a law because there is no lawmaker.  Neither is it scientific because it is not a phenomenon outside the human body which can be measured, dissected, held to account, and science is not complete without internal knowing. So what is it?

Karma is the nature of all existence.  In fact, it is existence itself.

In existence and nature, it is true that if you sow a seed at some point its centre will force outwards and sprout. It could be almost immediately if the ground conditions are perfect, but it could also be months or years later.  It is true to say that it will germinate because this germination is the result of the seed. Therefore,  it is possible to say that there are conditions in the world and they produce results.

We all have a nature, our True Nature, and so each crime or contradiction against it is recorded in our unconscious, the storehouse of not only our entire existence but also that of our ancestors also. Some call this storehouse a book, so everything that is contrary to your True Nature is recorded in the book of you. It is certain that this crime or contradiction will provoke a response or reaction sooner or later.

It may be a feeling of guilt or unworthiness, insecurity or self-condemnation, the names of these uncomfortable feelings are of no consequence. Think of them as a closing of a small window or an extinguishing of a small light inside you. These items create a blockage to the smooth flow of your energy because in our original natural state we were totally available, nothing was held back – thus we were completely pure.  Negative karma, which we can potentially create every moment, is like static causing things to stick together.

The Law of Attraction states that if you lie once then you can be certain that many other lies will follow. If you speak one truth then many other truths will follow.  Because we are special humans in process from animals to super-beings, then goodness registers as a credit and evil as a discredit.

Karma is the epitome of human hope which we have in our peripheral vision at all times as we create ourselves moment by moment. The choice is ours as we are our own creators: either we create grace or we create disgrace. But is it not strange that those who have accumulated so much disgrace are in the lime-lit majority in current life and those who create only grace are in a shadowy minority?

Karma is continuously produced in the process of human life by all humans. The results are simultaneous which is easy to observe in practice.

If you smile at a stranger, they will probably smile back and reach out with a glowing word. The smile returned is the response to or result of the smile offered. This is a balanced interaction so leaves no karmic traces.

If you raise a fist at someone, they will probably raise one back or rush away from you terrified.  The fist returned or the fleeing is the reaction to or the result of the fist you raised.  This is an imbalanced interaction and therefore does leave a trace – a deficit in the balance which must be made up at some point. If we live in an intoxicated unaware way, we will steadily accumulate such deficits.

Go carefully through life because each moment is a golden opportunity to create grace and eliminate all your negative karma before you shift back into the invisible world. 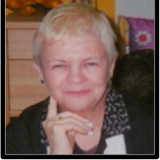